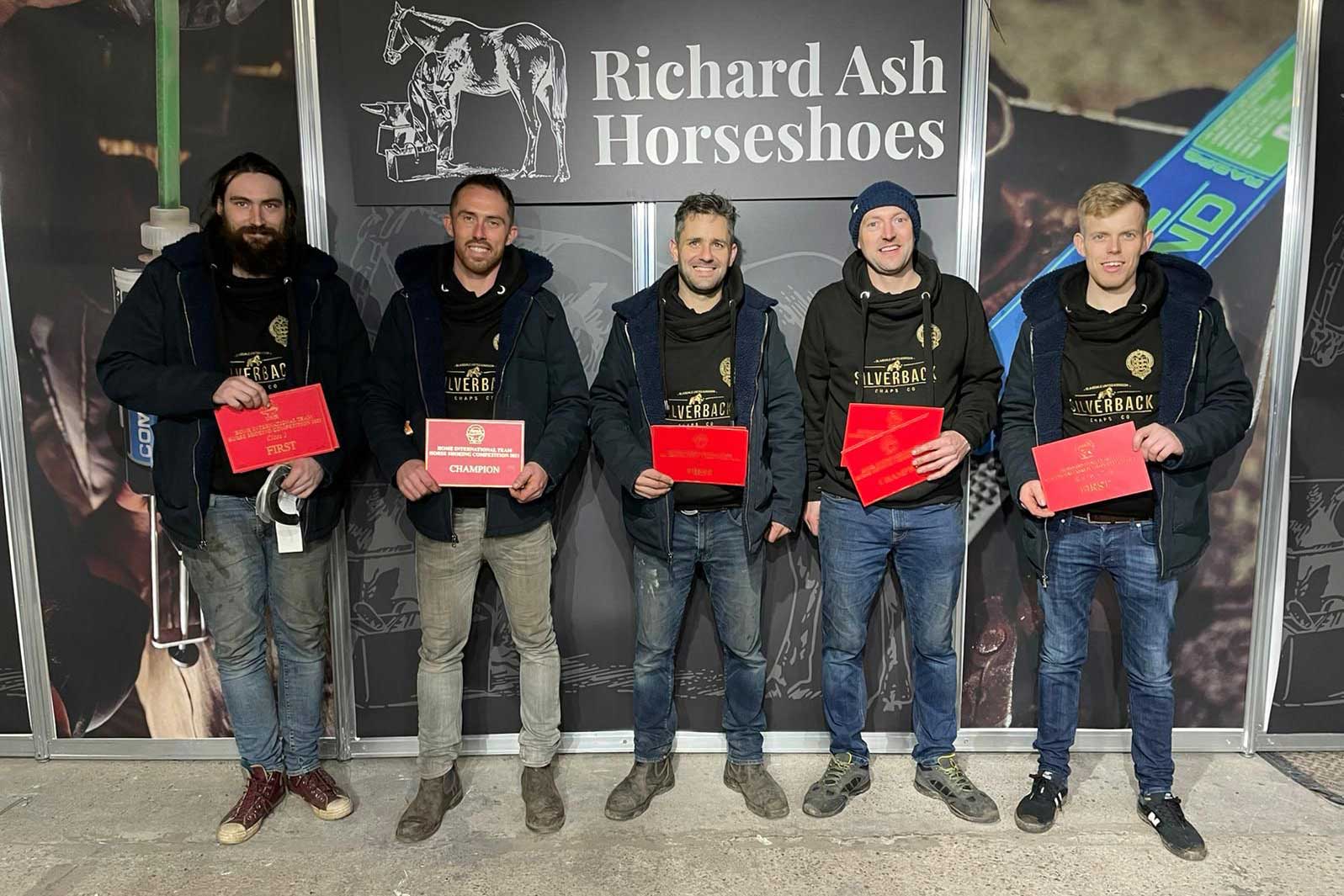 The England farrier senior and apprentice teams were victorious at the ‘Home International’ which took place alongside the British Farrier and Blacksmith Association’s Focus event over the weekend of 30th & 31st October.

The senior team of Matt Randles, Steven Beane, Liam Collins, Alex Collier and George Rogerson fought off tough competition from teams from Scotland, Ireland, Wales and the British Army. Ireland’s Paul Robinson secured the narrowest of victories over England’s Steven Beane to claim the title in the Individual Championship.

The competition arena was generously sponsored by NAF and Stromsholm Farrier Supplies and the two days of competitions were judged by Ian Gajczak DipWCF, Danny Bennett AWCF and Danny Mallender AWCF.

“The lads smashed it” said a delighted Danny Elliott, England Team Manager. “A huge thank you to the BFBA for hosting the event – we have waited for this for a long time – and to our team sponsors Richard Ash Horseshoes and Silverback Chaps and to the judges”.

BFBA Focus is the highlight of the BFBA’s calendar year and combines two days of lectures with a supplier and manufacturers exhibition. Following cancellation in 2020 due to the coronavirus pandemic more than 800 farriers, blacksmiths, apprentices and equine professionals attended over the weekend held at the Blackdown Halls in Stoneleigh Park. BFBA President, Craig D’Arcy, was “delighted” with the weekend. “It has been so good to get everyone together for the first time in quite a while. Thank you to everyone who attended, we will see you in 2022!”